Attempt now to get your rank among 52 students!

Consider the circuit as shown in figure below in which capacitor is initially charged to 10 V. At t = 0 switch is closed such that discharging current is given by

In the circuit shown in given figure, the switch is moved from position A to position B at time t=0. 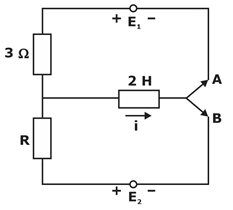 The current i through the inductor satisfies following conditions:-

The value of R is,

Switch is opened at t= 0, before it was closed for a long time. The value of

If the input pulse in Figure (a) is applied to the circuit in Figure (b), determine the response i(t).

In the figure below, the switch has been in position A for a long time. At t = 0, the switch moves to B . Determine the value of v at t = 4s. 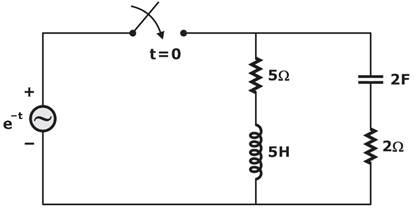 For the circuit shown in the figure above, expression for the current delivered by the source as a function of time, when switch is closed at t=0. Assume the circuit to be initially un-energized.