Attempt now to get your rank among 1816 students!

Select the Venn diagram that best illustrates the relationship between the following classes.

Find the missing number from the below options. 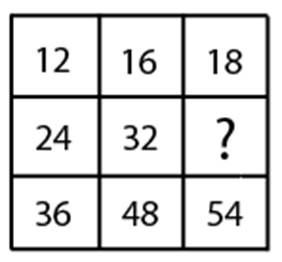 What will be the next set of alphabets in the series?

Read the following information carefully and answer the questions given below it:

Who among them is the tallest?

Select the answer figure in which the question figure is embedded. (Rotation is not allowed)

Select the correct mirror image of the given figure when a mirror is placed on the line PQ.

Which of the following answer figure will complete the given figure?