Attempt now to get your rank among 346 students!

In ADC, the full scale input voltage of 9 V with its resolution being 6 mV, then the number of bits used in the ADC _______.

= 0.4 V. The maximum – amplitude noise that can be tolerated when a high I/P is driving an input is

Which of following logic expression are shown 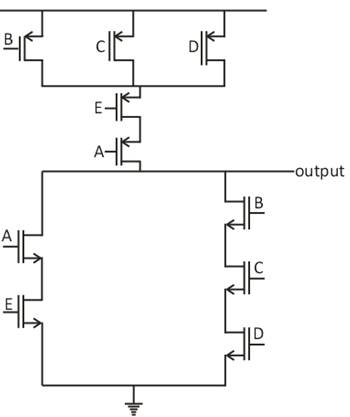 What will be the output Y, if the input number

as shown in the below digital circuit? 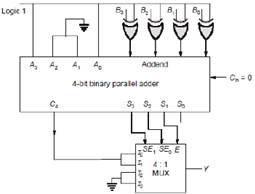 Consider the following circuit of a synchronous counter,

If the initial state of the counter is

, the clock period is 50 ns, the flip-flips are ideal. Find the MOD number of the counter.

Contents of the Accumulator (A) after execution of the following assembly language program of an 8085 microprocessors, is 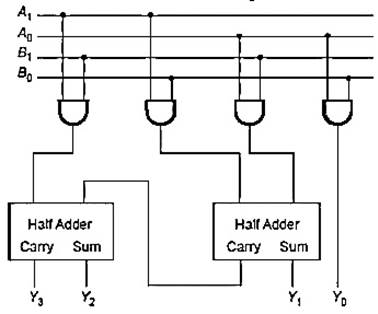 The input to the circuit is two, 2-bit numbers. The numbers are represented as (A1 A0) and (B1B0). The function of the circuit is

Consider the D-Latch shown in the figure, which is transparent when its clock input CK is high and has zero propagation delay. In the figure, the clock signal CLK1 has a 50% duty cycle and CLK2 is a one-fifth period delayed version of CLK1. The duty cycle at the output latch in percentage is ____.

The simplified Boolean expression for the output bit Y is