Attempt now to get your rank among 218 students! 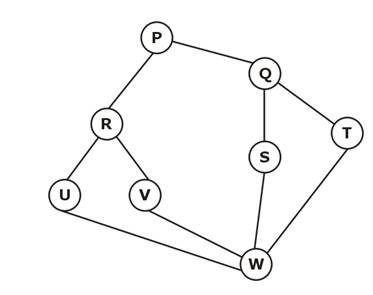 Which of the following is not a depth first search traversal of the given graph?

Consider the following frequency of characters appear in a document.

The average number of bits/char is require to send-

S1 : A graph where all edge weights are distinct can have more than one shortest paths between two vertices.

S2 : Adding a number on every edge of a graph may change the shortest path between two vertices.

The minimum number of comparisons required in order to find the maximum and minimum of 64 numbers using divide and conquer is equal to ________.