Attempt now to get your rank among 680 students!

Symbol table is an important data structure created and maintained by compilers in order to store information about the occurrence of various entities such as variable names, function names, objects, classes, interfaces, etc. Symbol table is used by both the analysis and the synthesis parts of a compiler. Now see the below given data structures :

A directed acyclic graph represents one form intermediate representation. The number of non-terminals nodes in DAG of

How many tokens are identified by lexical phase while scanning the above code?

Which of the following is not the property of the basic block in control flow graph?

S2 : If a grammar is ambiguous then it cannot be parsed by any of the parser.

S3 : If a grammar is left factored , then after removal of left factoring , the grammar becomes LL(1).

S4 : If a grammar is left recursive , then after removal of left recursion , the grammar becomes LL(1).

Which option is correct ?

Compile Time stacks are not used for

Which of the following information is not available in the activation record of a procedure?

What is the maximum value that is possible by the following expression tree at the root node such that id in leaf nodes can have only 2 values as 3 or 5? 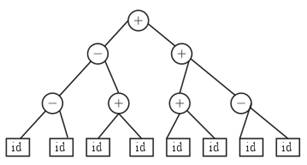 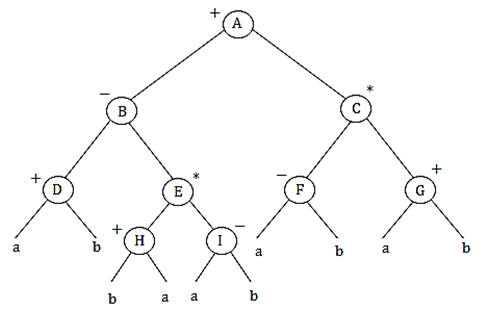