Attempt now to get your rank among 31 students!

Consider an amplifier with a gain of 1000 has a gain change of 20% due to temperature variation. If the amplifier is connected as an amplifier in closed loop with β = 0.2, then the change in gain of the feedback amplifier is _______%.

An op-amp is used in a feedback configuration having open loop forward gain value of 50 as shown. The feedback gain is β in the circuit, the feedback circuit is given below. For which of the combination of R1 and R2 respectively would the configuration work as an oscillator? 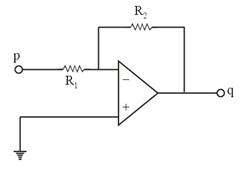 Then which of the following statement is/are correct?

In the figure given below 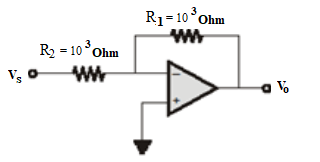