A system described by the following differential equation is 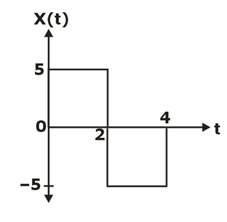 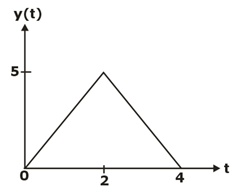 Consider the function x(t) = u

The graph of x(t) is

A system has the following output relationship

the impulse response of the system is

Then the magnitude spectrum of y(t) = t x(t)

The transfer function of an FIR filter is given by

An analog signal is applied to this filter after sampling at a rate of 18 kHz. Which one of the following analog frequencies is not allowed by the filter?

The discrete time Fourier Transform of a signal

are respectively given by:

The Fourier transform of the function,

Determine the Fourier transform of the given function x(t).  Where