Attempt now to get your rank among 46 students!

A voltage commutated chopper operating at 1 kHz is used to Control the speed of dc motor as shown in figure. The load current is assumed to be constant at 10 A 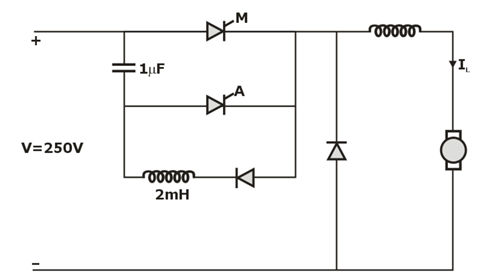 For the following circuit: 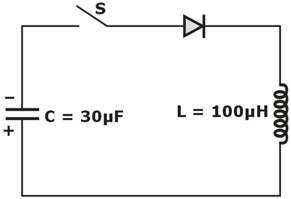 The switch is closed at t = 0, the capacitor has initially charged to 50 V polarity as shown in the figure above. Find the peak value of diode current______ A.

In the current Commutated chopper shown below 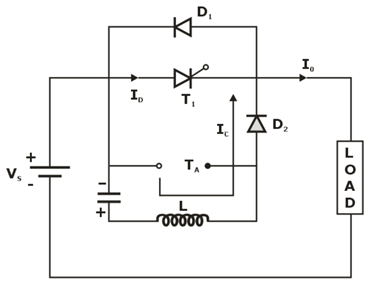 Thyristor T1 is conducting a load current I0 when thyristor TA is turned off with capacitor polarity as shown, the capacitor Ic would flow through

Consider the circuit shown in the figure below, the following parameters are C = 40 µF and L = 20 µH. The initially capacitor voltage is equal to the source voltage Vs = 200V dc. Find the possible minimum and maximum turn-off time period of main thyristor? 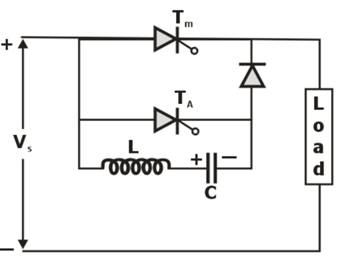