Attempt now to get your rank among 34 students!

The following switching characteristics for a power semiconductor device: 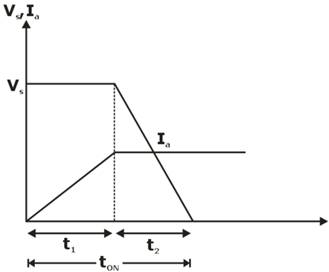 Which of the following is correct about MOSFET with body diode.

An Electronic switch ‘S’ is required to block voltages of either polarity during its off period and this switch required to conduct in both the direction during ON state. Which of the following are realization of the switch ‘S’?

For a power transistor the switching waveform is shown in figure. If VS = 120 V, IS = 15 A, ton = 5 μsec. Find the average value of switching power loss with a switching frequency of 15 kHz. 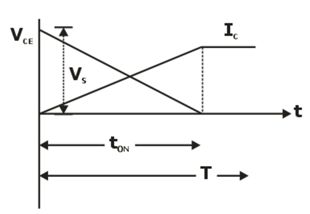 The switching wave forms of the transistor switch is shown in figure. Given that duty cycle α is 50% and switching frequency is 10 kHz 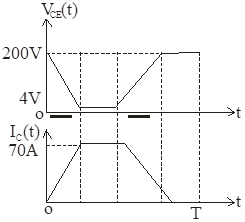 Determine the time _____(micro sec) at which peak power loss during turn on process is occurs.?